How Whales Evolved from the Land 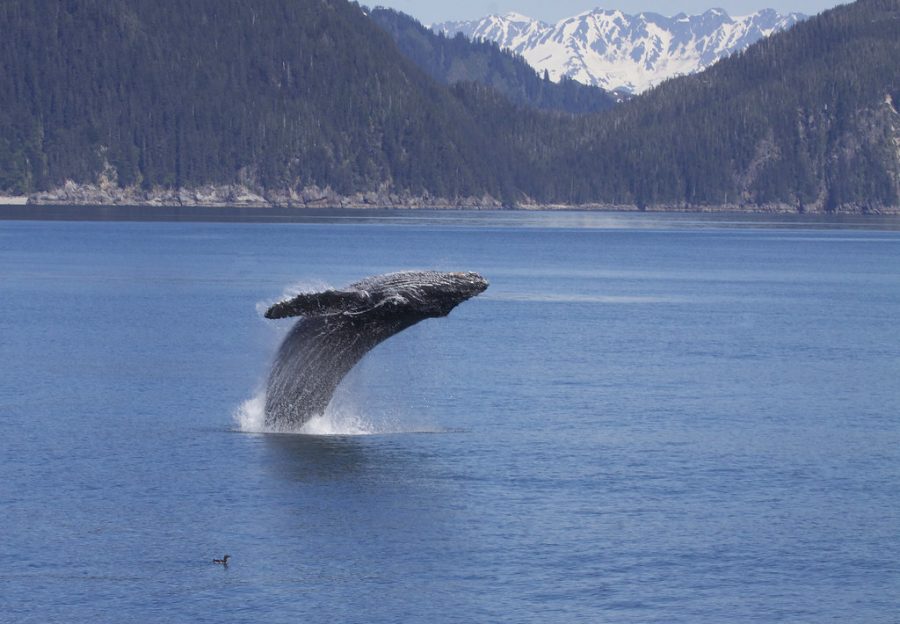 "Breaching Humpback Whale (Megaptera novaeangliae)" by Gregory 'Slobirdr' Smith is licensed with CC BY-SA 2.0. To view a copy of this license, visit https://creativecommons.org/licenses/by-sa/2.0/

Whales are the animals not only the in the sea, but in the entire planet. But the species they’ve evolved from, not so much. Pakicetus, an ancestor of the whales, was just a four-legged, hooved, slightly-larger-than-the-common-cat-sized creature- it couldn’t possibly evolved into the massive whales we see today? But it did, not only did scientists find proof through the evident fact that whales were mammals in water but also through similar ear bone structures that have helped the whale hear underwater. Curious of this, scientists studied the creatures of similar features and noticed a line of change in characteristics, proving the idea to be true. So how did the whales evolve?

Well, it started about 50 million years ago, with the Pakicetus. The odd thing about this species is that after years of creatures trying evolve from water to land, it decides to throw those years of hard work out the window and evolve back into the water. Why they did this is unsure, but it can be guessed that it was done for the loss of habitat. They went from land creatures, to both water and land creatures, to fully water creatures(detailed vision of how this went down can be seen in the animation. This happened over 10 million years, however, it was faster than the average evolution shift.

Scientists are continuing to study this intriguing phenomenon and are wondering if whales might evolve from our disruptions toward them such as sound pollution. More will be discovered in the future, but for now, we should preserve this amazing species.

How did whales evolve?