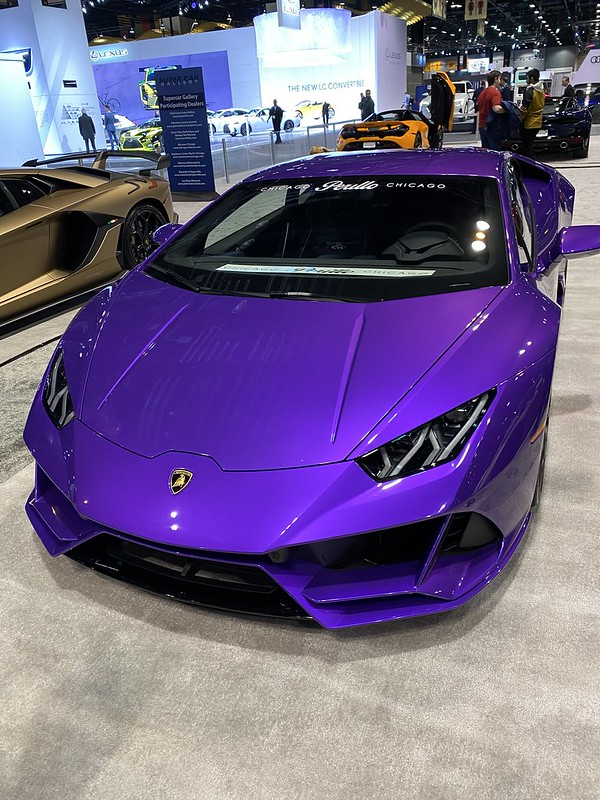 The 2020 Lamborghini Huracan EVO is a Italian Supercar made in Italy. The car is about $209,979 and may be rising. The first Lamborghini was made in 1963 by an Italian Industrialist named Ferruccio Lamborghini. Obviously as you can tell, the car was named after him. He created Automobili Lamborghini. Anyways, the car has some 600 power which is really good for the car. The Lambo has a 5.2 liter mid-mounted engine.

The thing that makes this car different from other cars is that it has a RWD(Rear-Wheel-Drive). When you drive this car, you need to be quick. If you don’t, then you’ll probably crash and hurt yourself and the car. However, the car has a really good grip and traction to help you not slide off the roads. These are just some cool facts. Anyways, most cars have a brake disc. However, this Lambo has a brake dodecahedron.

Inside the car, it has a bunch of switches on the dashboard. They are for things like your, window, your nose-lifts, or hazard lights. Below the switches is a cover that covers the start button. Behind the start button is a reverse lever. Then, on the steering wheel, is a switch. The switch is for you wipers which you turn right(on) and left(off). Above the switch is a button for your washing fluid. On the other side of the wheel is an indicator. You have to push it left to go left and right to go right. If you wanna cancel. you push it down. It would be really hard to do that with the wheel upside down.On the rear firewall, or seat, is a couple USB Ports. There’s also an Apple Car Play and an Alexa Voice Control. All of the that is control on a screen below the dashboards.

At the bottom of the steering wheel is an Anima Switch. The Anima Switch controls which mode your in. The first one is Strada which is Italian for street. Then the second one is the Sport Mode. The third one is Corsa which is what you use when you wanna spin. You can also use it for sliding a bit while driving. All three modes are completely different and work it really cool ways. In Strada, the car is just like a regular everyday car. In Sport, the car gets really fast and makes the steering quicker. In Corsa, the car just turns into a super cool fast race car.

Well that’s all I have but thanks for viewing this and see ya later!!