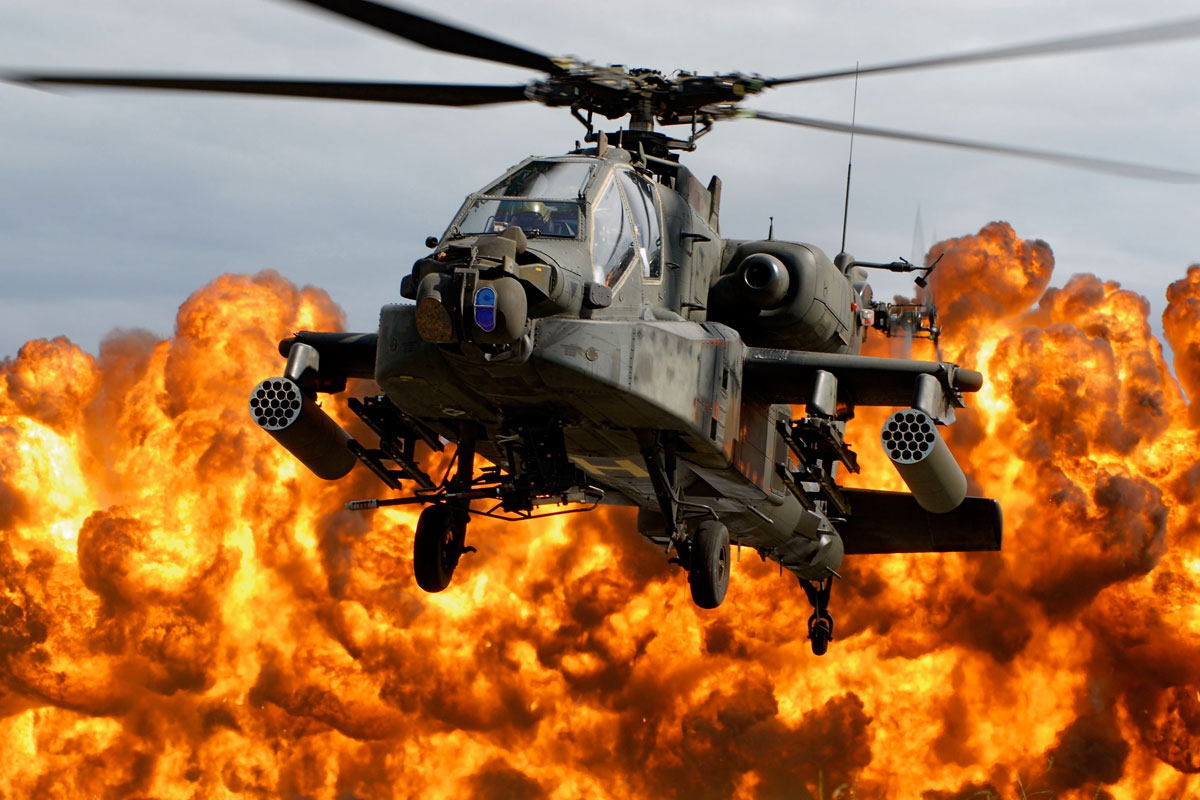 The AH-64 Apache is perhaps the world’s greatest attack helicopter, created by Boeing for the U.S. army and other international forces. Being used primarily in the war with Iraq and various other campaigns in the Middle East, the aircraft vehicle has proven to be quite useful in CAS (Close Air Support) due to its capabilities, and is overall a great addition to many armies throughout the world.

The AH-64 possesses a four-blade main rotor, paired with a four-blade tail rotor. The crew sits in tandem, with the pilot sitting behind and above the gunner. Both crew members are trained to gun and to fly the plane independently. The AH-64 is powered by two T700 turboshaft engines with high-mounted exhausts on either side of the central part of the helicopter. Various engine models have been used on the Apache, both new and old. The crew compartment has shielding between the cockpits, built to ensure that at least one crew member survives hits. The compartment and the rotor blades are built to endure shots from 23 millimeter rounds.

The AH-64 was designed to perform in front-line situations and to operate at night or day and during unsuitable weather conditions. Various sensors and onboard avionics allows the Apache to perform in these conditions, which include but are not limited to the Target Acquisition and Designation System/Pilot Night Vision System (TADS/PNVS), passive infrared countermeasures, GPS, and the IHADSS. Overall, the AH-64 Apache is an extremely useful system of weaponry during wartime, and serves various purposes and roles to the military’s advantage.